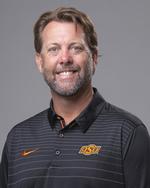 From the time that Kenny Gajewski took over the Oklahoma State softball program in June 2015, he has led the Cowgirls back into the national spotlight and molded his team into one of college softball’s most promising programs.

Gajewski’s 154 wins is a notable feat in and of itself. But when you also consider that several of the OSU head coach’s wins have come against the nation’s toughest competition, it only furthers the already-impressive nature of his team’s performance.

Fourty-five of Gajewski’s victories came during an incredible 2019 campaign that saw the Cowgirls finish second in the Big 12 conference for the second-straight year en route to its first WCWS appearance since 2011. OSU’s 45 victories was the program’s highest single-season total since 1994, its eight postseason wins were the most in school history and the Cowgirls bested top-25 foes on 14 occasions – more than any other OSU team in the program’s rich history.

The Pokes finished the year at No. 6 in the USA Today/NFCA Coaches Poll, marking the school’s highest standing in the national polls since finishing the 1998 season at No. 4. Non-coincidentally, that 1998 team was the last OSU squad to win a World Series contest until the 2019 team toppled fifth-seeded Florida, 2-1, in Oklahoma City in 2019.

In conference play, the Cowgirls continue to be the Big 12’s rising power behind Oklahoma, as they have improved upon their standing in the league each season under Gajewski thus far.

Oklahoma State posted a 6-12 record and finished fifth in Gajewski’s first season at the helm, but the rate of improvement has been astronomical the last three years. The Pokes made their first leap in 2017 when they rattled off victories in 11 of their first 12 conference games and finished third behind Baylor and Oklahoma. In 2018, it was one step closer to the top as OSU racked up 12 Big 12 victories and posted the program’s first top-two finish in the conference in 15 years.

The 2019 season was merely the next step in the progression and was the best yet of the Gajewski era.

OSU secured 13 wins against Big 12 opponents in 2019 – the program’s best total since 2003 and finished second for the second-straight year. The Big 12 Conference finished as the No. 2 RPI league in the country at the season’s end, one step higher than it did in 2018, only further adding to the impressive season that the Cowgirls produced in the conference.

During Gajewski’s first three seasons in charge, the program underwent immense growth to get back to the standards it once maintained during the reign of legendary coach Sandy Fischer. The 2016 team – Gajewski’s first – produced 32 wins, the 2017 team added 38 wins to its coach’s tally and the 2018 squad posted 39 victories on its resume.

Oklahoma State, for all its success on the field, also continued to be among the best away from the diamond in 2019. The Cowgirls had 10 players named Academic All-Big 12 honorees, marking the fourth-straight year that OSU has had at least 10 competitors recognized by the league office. Forty-two Cowgirls have been named to one of the Academic All-Big 12 teams during Gajewski’s four seasons – the most of any team in the conference.

Twice, Gajewski and his staff have also been the one’s recognized by the NFCA, as Oklahoma State was named the Midwest Regional Coaching Staff of the Year after both the 2017 and 2019 seasons. The 2017 season was highlighted by the program’s first top-three finish in the Big 12 since 2010 and a road shutout of No. 1 Florida during the NCAA Gainesville Regional in May. Meanwhile, the 2019 team picked up 11 victories over top-15 opponents, and met or surpassed a number of benchmarks for elite programs that the Cowgirls hadn’t touched in nearly 20 years.

While the last three seasons have been filled with whilrwinds of success for a program reborn, Gajewski’s inaugural Stillwater campaign wasn’t without its highlights either, as it was a year that saw him lead the Cowgirls back to the postseason for the first time since 2011. Under his leadership, OSU led the Big 12 in Academic All-Big 12 selections, broke 11 school records and had its first player earn both Academic All-America and All-America honors since 2003 in Vanessa Shippy.

Shippy, under Gajewski’s watchful eye, also earned All-America and Academic All-America honors in 2017 and 2018, making her just the second Oklahoma State athlete, regardless of sport, to earn at least three All-America and Academic All-America honors.
OSU showed it was destined for a return to success early in Gajewski’s first season when OSU picked up a February win over No. 9 Washington in the Mary Nutter Classic, which was the program’s first win over a top-10 opponent since 2013. From there, the Cowgirls continued to build on their early success as they looked to restore the program to its winning ways.

Before coming to Oklahoma State, Gajewski coached alongside Tim Walton at Florida, where the Gators won back-to-back national championships in his final two years. In 2015, Florida posted top-25 NCAA marks in earned run average (1.63), scoring (6.55 runs per game) and on-base percentage (.438), in addition to leading the nation in the fielding percentage category. The Gators’ 60-7 record led the country in win-loss percentage and marked the second-highest win total in school history.

Prior to joining the Gators, Gajewski spent the 2011-12 season as the director of baseball operations at Tennessee. With the Volunteers, he was in charge of managing UT’s camps, overseeing student managers and handling the day-to-day operations of the baseball program. Gajewski’s roots trace back to the University of Oklahoma, however, as he played for the Sooner baseball squad in 1994 that won a national championship and earned his first coaching stint as a graduate assistant the following season.

Gajewski then served as a volunteer assistant at Kansas State in 1996 before returning to Norman, where he would begin a 10-year stretch as the Sooners’ turf and maintenance director. In 2001, the field at OU’s L. Dale Mitchell Park was named the Beam Clay Baseball Diamond of the Year. That same season, the OU Softball Complex was presented the Field Maintenance Award by the National Fastpitch Coaches Association and TURFACE sports field products.

From 2007 onward, Gajewski was the owner and operator of three Norman, Okla.-based turf businesses - Champions Athletic Turf (athletic field renovation), Sooner Curb and Border (decorative concrete) and Ameriturf MidSouth (synthetic turf), but has since moved on from the projects to fully invest in his coaching career. 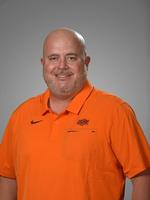 Jeff Cottrill is entering his fifth season with the Oklahoma State softball program in 2020 and his third as an assistant coach. He spent his first two years in Stillwater as the program’s director of operations and the last two years as the pitching coach, but will take over the hitters with the arrival of John Bargfeldt at OSU this year.

Cottrill’s first two seasons as a collegiate coach were successes all around, as he helped steer the Oklahoma State pitching staff to an ERA under 3.00 in both campaigns.

In 2019, he helped manage and called pitches for Samantha Show throughout the year.

Under Cottrill’s eye, Show helped Oklahoma State knock off 11 top-15 opponents, set the program record for wins against ranked opponents, post the school’s most wins since 1994, make the program’s first WCWS appearance since 2011 and finish with its highest ranking since 1998.

Cottrill also coached a quarter of other Cowgirl arms, including Samantha Clakley and Logan Simunek. Clakley finished with a top-10 ERA among Big 12 pitchers for the second-straight year and Simunek was vital in getting Oklahoma State back to the World Series for the eighth time in school history.

OSU primarily used a three-man staff during Cottrill’s first season and all of them saw marked improvement under his guidance. Samantha Clakley, the team’s leader in innings pitched, was named a second-team All-Big 12 performer. Emmie Robertson, the team’s ERA leader, earned Big 12 Pitcher of the Week honors during the year and led the Cowgirls with 86 strikeouts. And lastly, Logan Simunek tossed the first no-hitter by a Cowgirl since 2014.

During head coach Kenny Gajewski’s inaugural campaign in 2016, Cottrill stepped in to manage the team’s pitching staff when former OSU pitching coach Charlotte Morgan had to take a leave of absence for health-related issues.

Cottrill worked closely with the entirety of the Oklahoma State pitching staff over the next month. In that time, he helped spark a run of pitching that guided the Cowgirls back to the NCAA Tournament for the first time since 2011.

Prior to his time at Oklahoma State, Cottrill worked closely with the Wichita Mustangs Softball Academy in Wichita, Kansas. He ran the team’s operations in both 2013 and 2014, while also coaching with he club for five years.

Cottrill earned his degree in business administration in 2008 from Southwestern College in Winfield, Kansas. 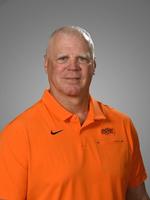 John Bargfeldt is entering his 15th season as a collegiate softball coach in the state of Oklahoma, and his first as an assistant coach at Oklahoma State. He spent the past 14 seasons as the head coach at the University of Tulsa, where he built TU into a nationally-prominent program and one of the premier teams in the AAC.

During his time on the east side of the state, Bargfeldt won a conference title (regular season and tournament) in eight of his 14 seasons, totaling 13 league championships and 11 NCAA Regional appearances. Bargfeldt owns the most wins and highest winning percentage in school history and was the program’s longest-tenured head coach.

The Golden Hurricane had a winning record in each of his 14 seasons, and he was the only coach in TU history to post at least four winning seasons. Bargfeldt compiled a career record of 535-270-1 (.664) and won at least 40 games six times.

Bargfeldt has been praised nationally for his success coaching pitchers throughout his tenure at Tulsa.

Recently, he has assisted heavily in the development of four-year starter Emily Watson, who was a thorn in the side of the nation’s top batters throughout her career and was a second-team All-American in 2017 as a junior. Bargfeldt also worked with freshman Chenise Delce last season, coaching the youngster to a 15-6 record in 26 appearances. Delce made 23 starts, tossed 10 complete games, struck out 124 batters and posted a 1.63 ERA in 141.2 innings pitched during her first collegiate season.

Prior to joining the Golden Hurricane, Bargfeldt was an assistant coach at Georgia Tech for the 2004 season. He worked primarily with the pitchers and catchers, served as the bench coach and threw batting practice for the Yellow Jackets. He helped Tech post a 49-17 record, make an NCAA Regional appearance and was instrumental in the success of third-team All-American Jessica Sallinger, who broke 15 school records and finished fourth nationally with a 0.97 earned run average that seasons.

From 1980-82, Bargfeldt was an assistant baseball coach at Anderson University in Anderson, Ind., where he served as the pitching and hitting coach. He completed his bachelor’s degree in 1981 while coaching at Anderson.

As a student-athlete himself, Bargfeldt was an NAIA Honorable Mention All-American in football and baseball. He was drafted in the 31st round of the 1977 Major League Baseball amateur draft by the Chicago Cubs.

Bargfeldt is a former ASA National Player Representative, and was also a member of the ASA National Board of Directors (2000-04). He served on the Men’s National Team Selection Committee during that time as well. As a member of the board, he assisted with the selection of the coaching staff and the national team members. The 2002 team won the program’s first Pan-American Qualifier Gold Medal.

As a member of the ASA’s Men’s Fast Pitch national team in 1991, Bargfeldt won a silver med at the Pan American Games as the starting shortstop. In 1993, he was on the gold medal-winning team at the U.S. Sports Festival. He was also a five-time ASA Men’s Fastpitch All-American.

Bargfeldt and his wife, Barbara, have three children: Kenny, Alexya and Jeb. 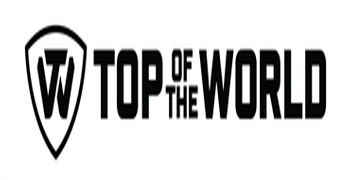 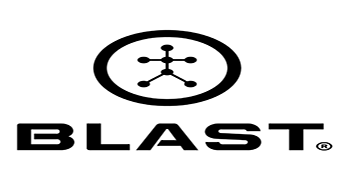 KG Softball Camps are open to any and all entrants limited only by number of camp participants, age, grade level, or gender